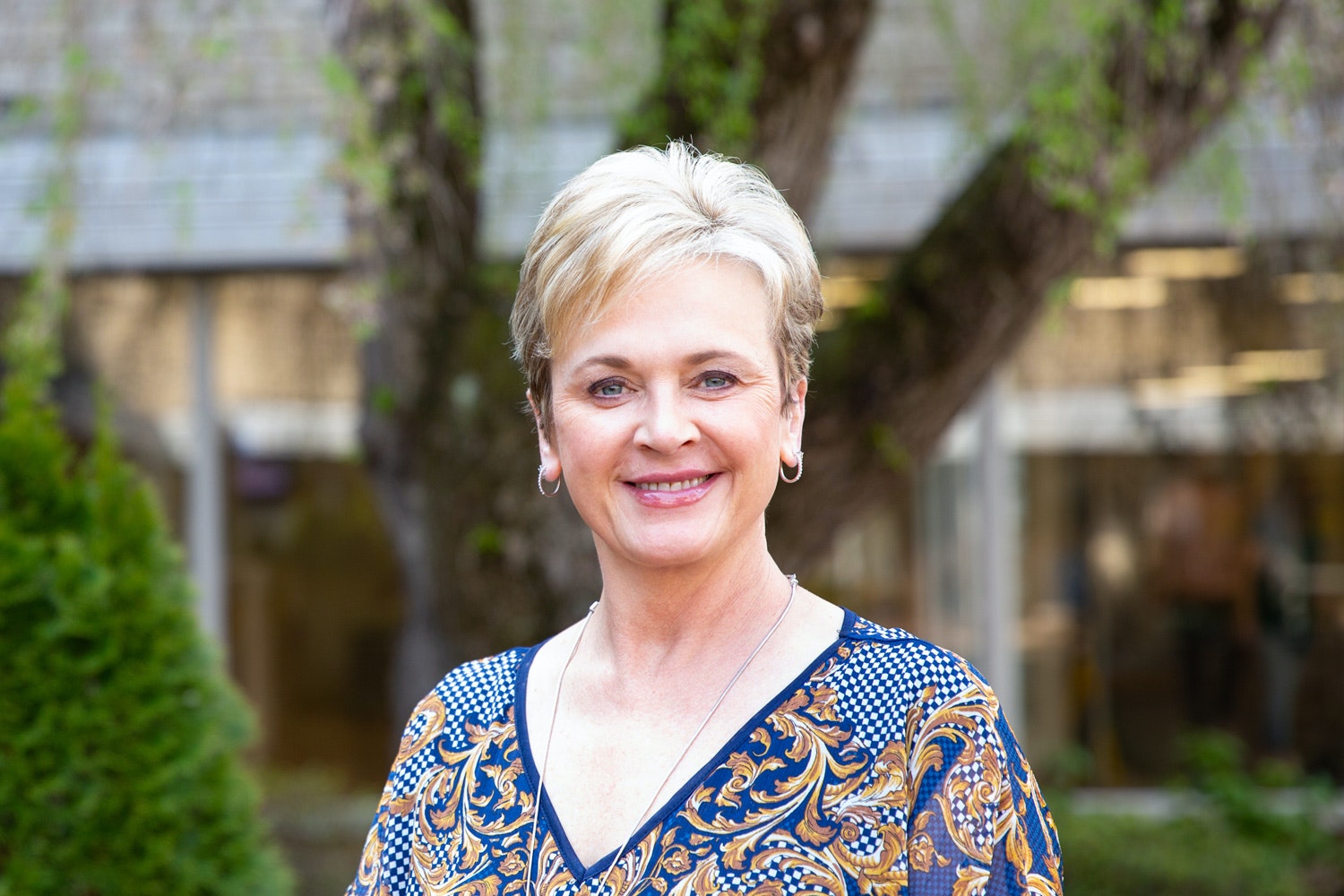 During Labor Day weekend 2006, Paula Camden felt a lump in her right breast while performing a breast self-exam. She had just turned 40 and had not yet had her first mammogram. But because she was consistent about doing her monthly self-exams, she could feel that something was different.

“I felt something there, but I remember thinking, ‘It’s probably a benign fibroadenoma.’ That’s as far as my mind would let me go,” recalls Paula, a longtime ultrasound technologist with WVU Medicine.

She asked her good friend and fellow ultrasound technologist Carla Plum, who worked at the WVU Medicine Betty Puskar Breast Care Center, what her next step should be. Carla agreed Paula should get a mammogram.

Paula scheduled a mammogram for the very next day, expecting the results to come back benign. But they didn’t. Her lump had been labeled “highly suspicious for malignancy.”

A WVU radiologist confirmed that Paula’s lump was cancer, following a biopsy. The diagnosis was shocking since no one in Paula’s family had previously battled breast cancer. “Getting that news, my husband and I just could not believe it,” says Paula. “It was like I was in the room but watching from far away.”

Upon her diagnosis, Paula was immediately assigned a nurse navigator at the Betty Puskar Breast Care Center, who helped schedule all of her necessary radiology, surgery, and oncology appointments.

“Staff at the Breast Care Center were so compassionate when they called. They were so understanding and supportive,” says Paula. “Their help was amazing – because in that moment when you’ve just learned you have breast cancer, you don’t know how to get started with treatment or what to do.”

Paula’s first appointment with her oncologist helped her envision a future beyond cancer. Before the appointment, she had been in a dark place, even thinking about plans for her funeral. Afterward, she felt hopeful, she says.

Ultimately, Paula underwent a lumpectomy in September 2006 to remove her stage 2 tumor. A second surgery, a month later, removed micro traces of cancer from her lymph nodes.

Over the course of her treatments, Paula became close with her entire WVU cancer treatment team.

“When I went for appointments, it was almost like going to see family,” she says. “They gave me their cell numbers and told me to call them anytime with questions. I was blessed with an amazing care team.”

Now 14 years cancer free, Paula cherishes the time she gets to spend with her husband, Michael, as well as her son and daughter-in-law and her two-year-old grandson, Oliver.

“Going through cancer does change you,” Paula says. “You learn to appreciate all of the little joys that happen in life.”

For the past three years, Paula has worked at the WVU Cancer Institute’s Betty Puskar Breast Care Center doing mammograms and breast ultrasounds. She shares her story of survival often, to support and encourage other women beginning their own breast cancer journey.

“I try to use my story to help others,” she says, noting that she is always available to talk with women who may be nervous or scared about the news they could receive. And for women who walk away from the Breast Care Center with good news, her message is still essential: prioritize self-care.

“I tell them, ‘Please do your breast self-exams. Please have your mammogram every year,’” she says. “As women, we need to make time to do that for ourselves.”